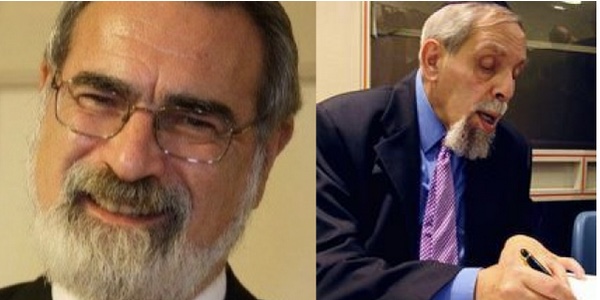 As I was reflecting this week on the upcoming first yahrzeit of Rabbi Lord Sacks z’’l, I remembered a Shabbat lunch that I attended with him shortly before the end of my time at university. A number of us had been invited to share our wrestles with the tradition be it those of gender, sexuality or science. By far and away the most memorable moment of the occasion was when one of us undergraduates round the table shared that he had just completed his dissertation on a sociological analysis of the magazine Loaded. A few minutes passed and then the Chief Rabbi suddenly interrupted the conversation to ask, “Could someone share with me what is Loaded?”

The question that I posed during that lunch was around a frustration that orthodoxy had failed to take seriously the challenge a study of history presented. My question was in many ways a version of the rebuff that Rabbi Jacobs had given to Rabbi Sacks in an article responding to the latter’s extremely negative review of his Tree of Life. There Jacobs rightly asserts that at times Sacks in his critique treats Judaism as “a metaphysical concept beyond time and space”(1) Rabbi Jacobs urges in his response, and of course throughout a lifetime of scholarship, that just as new knowledge in science medicine or technology is given a voice in the halachic process there can be little logic in denying increased historical knowledge a say too.

Then the Chief Rabbi suddenly interrupted the conversation to ask, “Could someone share with me what is Loaded?”

Certainly much of Rabbi Sacks’ analysis of Jacob’s book was guided by a sense of expediency. He venerates for example those halachic authorities who issued “non-concessive rulings’’ as they were prepared to “make demands of our people” and recognised that “idealism is a more potent spring of action than compromise”.(2) Despite, at times giving the reader the impression that he accepts the assured results of modern scholarship, even when these are at variance with traditional views(3), here he definitely does not.

Despite their differences there were areas of significant similarity between Jacobs and Sacks, not least their attitude towards faith itself. They were both true defenders of faith in the face of a secular onslaught. Neither of course, though, ever resorted to doctrinal over-simplification or facile biblical literalism(4). For both of them their faith was not about dogmatic certainty or doctrinal conformity but built on argument, disputation and perhaps most importantly the incorporation of doubt. They both also resisted an appeal to relativism on the one hand and fundamentalism on the other. They both encouraged us to listen to the truths of others even where they conflicted with our own. Both urged the quest for truth, wherever it may be found not as in ‘’Socratic dialogues, by the refutation of falsehood but from the quite different process of letting our world be enlarged by the presence of others who think, act and interpret reality in ways radically different from our own’’(5).

There is much to suggest that Sacks too was more open to the findings of historical scholarship that at least outwardly he would care to let on. He was indeed imbued with a sense of history. As he shared: “To be a Jew is to be a link in the chain of the generations, a character in a drama that began long before we were born and will continue long after our death.”(6) He acknowledged time and again that Judaism is a response to the external environment in which Jews found themselves. In his discussion of self-denial concerning Jews of the Middle Ages for example he states: “In retrospect it is hard not to see in these patterns of behaviour at least some influence from the non-Jewish environment. The Hassidei Ashkenaz who flourished during the time of the Crusades lived among self-mortifying Christians. Their southern counterparts may have been familiar with Sufism, the mystical movement in Islam.”(7) There is no allusion here as to a Judaism that is static.

On the few occasions that he addressed the subject of biblical criticism, he remained opposed from the perspective of a philosophical outlook. As he argued, “our perception is bound by our expectations”(8) and it is with this approach that he tried to brush off the challenge posed by the discipline – scholars addressing the texts already came to them with predisposed ideas. And yet, there are plenty of nods to the influence of historical scholarship in his work. Buried for example within his Shavuot Machzor there is a reference to the influence of ancient Near Eastern suzerainty treaties as important to the structure of the 10 commandments: “They begin with a preamble stating who is initiating the covenant. That is why the revelation opened with the words, “I am the Lord your God.” Then comes a historical review stating the background and context of the covenant, in this case, “who brought you out of the land of Egypt, from the slave-house.”(9) What is implied here is very much that the organisation and language utilised has been shaped by the milieu when the text was codified.

“Rabbi Sacks, if the truth is as you have it – you will not find me in heaven!”

To borrow from the article again that Jacobs wrote in response to Sacks’ review, the latter was the ultimate shadow boxer, who never unequivocally declared where he stood. He would though to continue the metaphor often use the cloak of orthodoxy to help infiltrate significant findings from modern scholarship.

There is a story a friend shared on good authority that on a rare occasion Rabbi Jacobs received a call from Rabbi Sacks shortly before Rosh Hashana one year. He had called to seek forgiveness following a recent eruption of the Jacobs Affair. At the end of the conversation Rabbi Sacks supposedly exclaimed: “Ultimately we will know in heaven whether the truth is as you or I have it!”. Rabbi Jacobs true to form is then reputed to have replied: “Rabbi Sacks, if the truth is as you have it – you will not find me in heaven!” In Rabbi Sacks’ Dignity of Difference discussing the very notion of truth he says:

Truth on the ground is multiple, partial. Fragments of it lie everywhere. Each person, culture and language has part of it; none has it all. Truth on earth is not, nor can it aspire to be, the whole truth. It is limited, not comprehensive; particular, not universal. When two propositions conflict it is not necessarily because one is true the other false. It may be, and often is, that each represents a different perspective on reality, an alternative way of structuring order, no more and no less commensurable than a Shakespeare sonnet, a Michelangelo painting or a Schubert sonata. In heaven there is truth; on earth there are truths.(10)

Perhaps now that they are in heaven together the two might indeed have had the chance to enjoy a chevruta, dwelling on the ultimate truth only found there and the quest for which their lives on earth were so dedicated.

7.Covenant and Conversation, Two Versions of the Moral Life, Nasso, 27 May 2015