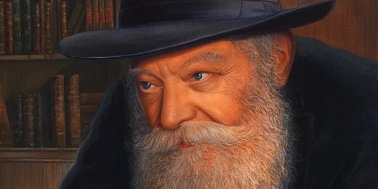 Early January next year will mark the 35th year since the verdict was handed down by Judge Charles Sifton favouring the former Lubavitcher Rebbe, Menachem Mendel Schneerson, in the federal court case surrounding the ownership of Chabad’s library. The date of the judgment, corresponding to the 5th Tevet is in fact marked each year by the Lubavitch movement as a day of celebration.

The case came about because in early 1985, just under 40 years since the library was originally assembled at its headquarters in Brooklyn, the chief librarian had begun to notice gaps appearing on shelves containing the rarest and most valuable manuscripts and books. These continued to increase so much so that a surveillance system was installed and it was in late May of 1985 that footage was examined revealing that Barry Gourary, the Rebbe’s nephew had been taking books.

There is much about the court case itself that deserves reflection and indeed honouring beyond the tight-knit world of Chabad.

Gourary’s defence had been that his mother, the daughter of the previous Rebbe, had told him that he should tap her father’s legacy in the library, particularly given that he had come under hard times. The ensuing courtroom battle was over whether these books were in fact part of the personal legacy of the previous Rebbe or the property of the Lubavitch organisation itself. The very heart of the case however was in fact over the legitimacy of Menachem Mendel Schneerson to hold the position of Rebbe. It had been Shmaryahu Gourary, the previous Rebbe’s other son-in-law and Barry’s father who had been the frontrunner to succeed him. Although Gourary himself had always recognised his brother-in-law as the more worthy successor, family resentment ran deep and both his wife and son continued to harbour grievance.

There is much about the court case itself that deserves reflection and indeed honouring beyond the tight-knit world of Chabad. Given the recent publication of Rabbi Dr Louis Jacobs’ testimony at the trial which has been edited by Menachem Butler and Ivor Jacobs, this is now something that we are able to do. The very fact that the matter was approached via a secular court is significant. When Barry failed to return the books, the Rebbe required an injunction to compel him to stop selling the books before judgment was reached, the power for which a bet din (Jewish religious court) did not have.

It is certainly testament to the Rebbe’s openness that he should have reached across the religious divide to Rabbi Dr Louis Jacobs as one of the prosecution’s key witnesses. Rabbi Jacobs was an expert in the history of the movement but his name had been tarnished throughout the Orthodox world in the years following his publication of the now infamous We Have Reason To Believe which gave rise to The Jacobs Affair in the UK. This episode was even referenced during his witness cross-examination by the defence in an attempt to cast doubt on his scholarly opinion in support of the Rebbe’s position. It is certainly remarkable that of the many Chabad houses that I have been to, Rabbi Jacobs to this day is held in the highest regard given his prominence in the case. He even had representatives from Chabad headquarters in New York attend his funeral more than twenty years following the case.

It is the books that were victorious. So let us ask the books.

The two key areas on which the case was based firstly involved the attitude of the Rebbe towards acquiring wealth. Here Rabbi Jacobs, in his testimony, contrasts Chabad with other Hasidic sects suggesting that this was met with disdain and that therefore the notion of a personal transfer of wealth from one generation to another was completely anathema. The second central piece of evidence concerned the composition of the library itself. Given that the sort of books and manuscripts contained within the collection included literature covering Communist propaganda and secular history for example, it was strongly advanced by Rabbi Jacobs that the library was gathered not for personal gain but for use by the community. Here too we see the demonstration of an openness to matters far outside of their immediate concern.

Far and away the most important document in the case was the letter from the previous Lubavitch Rebbe, Yosef Yitzhak, to Professor Alexander Marx, Head of the library at the Conservative movement’s Jewish Theological Seminary and again highlighting yet another example of intra-faith relations in the story behind the case. This letter from February 1946 appeals for the Professor’s help in petitioning the State Department to work to locate important parts of the Chabad library which had been previously confiscated by the Nazis. Indeed in this “extraordinary letter” as the judge referred to it, Rebbe Yosef Yitzhak stresses the great value of the library “for the Jewish people in general” and therefore it could not have been his personal property.

Asked how the victory of the books should be celebrated, Menachem Mendel said, “It is the books that were victorious. So let us ask the books. Their clear answer is to study them and live by their teachings.” Throughout the story of this case there are also lessons about the importance of intra-faith relations which should also be celebrated too.