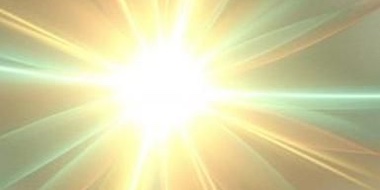 Light is a universal symbol that many religious traditions draw on to emphasise joy and life-giving power. Its ceremonial use occurs in many liturgies. In Hinduism the festival of Diwali is a celebration of the victory of light over darkness. A mantra in the Brhadaranyaka Upanisad urges God to ‘’from darkness, lead us unto the Light’’.(1) Buddhist teaching speaks of multiple Buddhas of light.(2) In Zorastrian belief, the Supreme God, Ahura Mazda is described as the source of light. In Christianity, the Gospel of John has Christ proclaim ‘I am the light of the world’’(3). Various faith traditions including new age spirituality use light references to indicate spiritual awakening with terms such as vision, enlightenment, darshan, Tabor Light. The Bible often understands the presence of light as a metaphor for truth, good or knowledge.

Chanukah is Judaism’s time to reflect on the mystery of light. As the Chassidic master, Rabbi Israel Ba’al Shem said: The Hebrew for light (ohr) has the same numerical value in Gematria as the word for secret (raz). It is through that all important delineation of creation, revelation and redemption that we come to understand the qualities of light as understood by the tradition.

For Kabbalah, light fundamentally does not belong to this world.

Creation
For Kabbalah light fundamentally does not belong to this world. Prior to creation itself, according to Rabbi Chaim Vital, a disciple of the 16th Century kabbalist Rabbi Isaac Luria ‘’the Supernal Light…filled all existence and there was no empty space’’(4) Before anything at all there was only Heavenly light. The first utterance of creation that we read in the Bible – ‘’let there be light’’ involved the conditions put in place to enable the emanation of a different essence, which was essentially what the Zohar, the foundational text of Kabbalah, frames as ‘’a lamp of Darkness’’ to offset the light. Light then is the gift and true expression of the Divine and as the Lurianic conception of Tzimtzum would have it enabled through God’s constriction. The Midrash asks from what was light created and the answer is whispered as: ‘’God cloaked Himself in a white shawl, and the light of its splendor shone from one end of the world to the other’’(5) There is a seeming contradiction with the sequencing of the days in Genesis as both the sun and moon are only created on the fourth day. This however may be reconciled with the fact that these natural luminaries are only receptacles into which the light of the first day is subsequently poured. The first light was then not physical like that of the fourth day and of all God’s creations. It is also only this light that is singled out for approval – ‘’And God saw the light that it was good!’’(6)

A parallel may also be drawn surrounding the question of light and its creation and the creation of man too. The Midrash in Genesis Rabbah for example likens God’s uttering of ‘Let there be light’ to ‘’the actions of the righteous’’(7) thus suggesting that man is truly a reflection of divine light. This is put beautifully in the book of Proverbs which defines the soul of a human being ‘’as the lamp of God, revealing all the innermost parts’.(8)

Revelation
Divine revelation is itself a revelation of light, God Himself is even described as ‘’my light and my salvation’’(9) This is the light of the encounter that Moses experiences when tending the flock of his Father-in-law on seeing the ‘’bush all aflame, yet….not consumed’’.(10) It is also Torah, itself described as ‘’light’’(11) and which in its Heavenly form is composed not of black fire on white fire but of pure white light. Rav Kook one of the most profound Jewish mystics spoke of ‘’the intensity of light compressed into the letters of the Torah, which are full of life-force and Divine delight.’’(12) Even if we are not to understand this literally we can still appreciate the potential that studying and reinterpreting the words have for illuminating our reality and revealing hidden meaning about ourselves and our world.

Redemption
The conception of light within the tradition also plays a central role in our understanding of ‘the world to come’. This is perhaps best expressed in the legend of the Or ha-ganuz ‘’the hidden light’’. This is the light with which God first created the world that was so bright ‘’a person could see from one end of the world to the other’’. On discerning that it was too bright for humanity to grasp, God hid it away for the righteous, living in a future time when they could be trusted to handle it.(13) It is to this time that the march of history progresses.

Some of our most profound spiritual experiences involve a meditation on light.

In the meantime we can still maybe hope to catch a glimpse of that ‘’hidden light’’. In fact perhaps, some of our most profound spiritual experiences involve a meditation on light. Watching the sun set, gazing up at the stars on a clear night, chasing shadows by the light of the moon. Some of my favourite family memories growing up was when we would gather round our fireplace together starring in wonder at a fire that my Dad would light for us in our living room.

Light punctuates our Jewish lives too. From Friday night candles and havdalah, the lighting of Chanukah candles, the candle that helps guide our search for leaven before Pesach, to the yahrzeit candles we light in memory of departed loved ones and the candles that accompany the journey of parents escorting their children to the wedding canopy. It is also to light that mystics have taught we return at the end of our days. According to the Zohar, ‘’When a person is on the point of leaving this world….the Shechinah shows herself to them, and then the soul goes out in joy and love to meet the Shechinah’’.(14)

Rav Kook, while he lived in London, would visit the National Gallery, where he delighted in the paintings of Rembrandt. ‘’The light of his paintings’’, as he said, ‘’is that light which God created on Genesis day’’.(15) May God bless us all with a vision of that hidden light too and may we, in the words of Goethe, ‘’find His presence in each element’’.