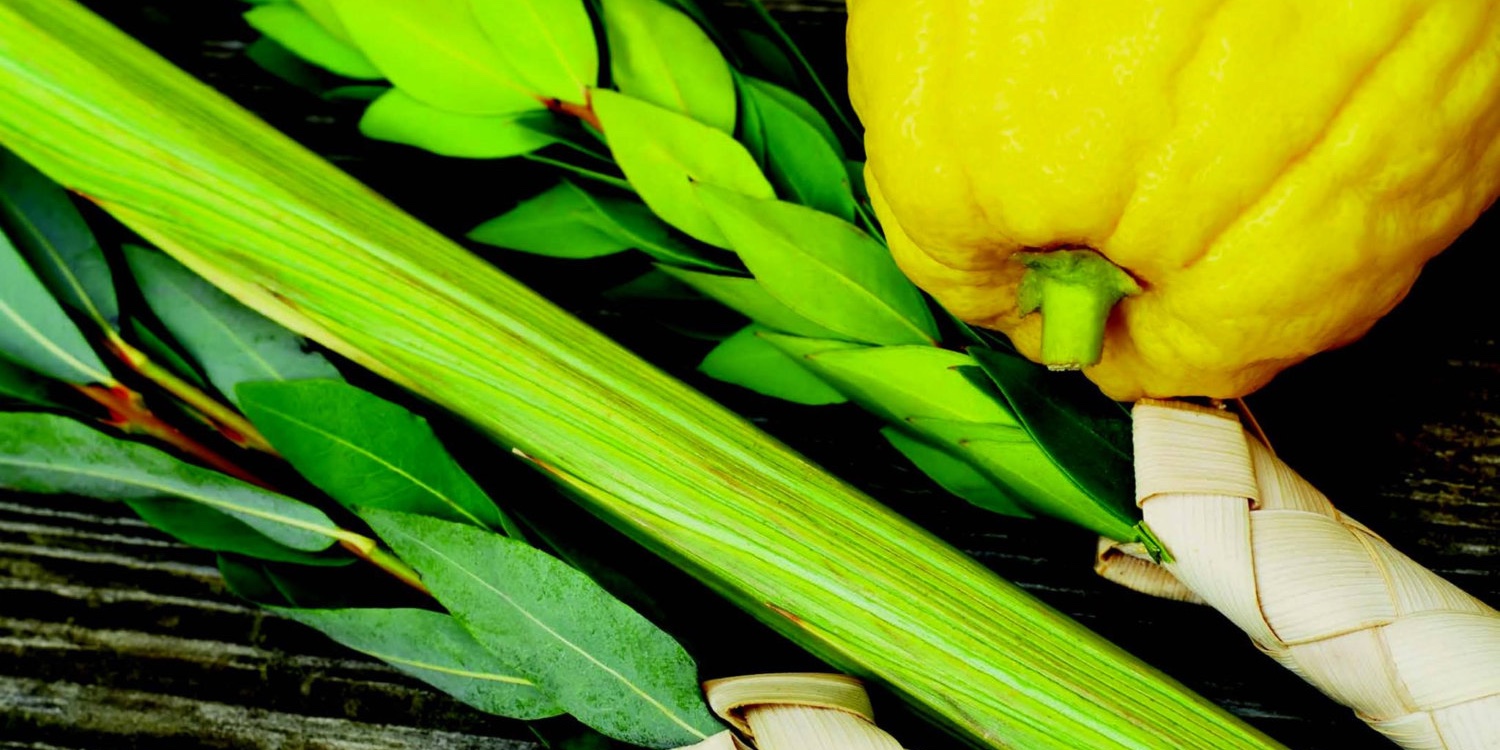 I have always admired and loved Louis Jacobs. Both for his humanity and his integrity ( as well, of course for his scholarship). But the most influential aspect of his career to me personally was his ability to take on the establishment both intellectually and politically. I believe this characteristic is one of the secrets of our survival. The ability to question, challenge, and think out of the box. Of course, this sets one against convention and social and theological conformity. But one of my favourite conceits, to use the literary term, is that God created the world out of chaos, Tohu vaVohu. This means that chaos is built into the universe and is an essential part of it as much as is order.

Plato’s theory of ideas and Aristotle’s more empirical approach are the foundations of the Western intellectual tradition ( see “The Cave and the Light” by Arthur Herman ). Both wanted to achieve an ideal understanding and categorization of the world we inhabit and our position as humans within it. These intellectual giants have influenced Jewish Medieval thinking as much as Christianity and Islam. If Philo of Alexandria was a Platonist, Maimonides of course was an Aristotelian. Christian theologians in the main preferred Plato or Neo-Platonism, largely because of the emphasis he placed on Logos. The result of this patrimony has been the search for truth, even absolute truths, which I believe have tended to constrict our way of thinking. The Kantian or Hegelian pursuit of the idea, the Marxist simplistic reductionism, all reflects the desire to find the solution.

We should be able to respond to different approaches simultaneously rather than think that one has to be loyal only to one.

In our times we have at last realized that there is such a phenomenon as fuzzy logic and fuzzy mathematics, quantum mechanics, and string theory ( as yet unproven) which are, to put it simply, more approximate, and less definite. In a similar vein what is called “Chaos Theory” offers a different way of looking at empirical data. One might not need to choose one specific theory or solution or answer. There may be many different answers and to think that there is only one is to be guilty of dogmatism if not exactly fundamentalism.

I have always sensed an affinity to the fuzzy and in an example of such fuzziness, that will try to bridge the different worlds. In writing this piece, a collection of “riffs” on Sukot ( I know, I cling to an unconventional transliteration) that we have just celebrated.  I aim to illustrate the varieties that exist with almost any religious idea or indeed practice. And to express the conviction that we should be able to respond to different approaches simultaneously rather than think that one has to be loyal only to one. Can one look at the Torah as a human phenomenon and still feel a sense of its spiritual Divinity?  Can one embrace several approaches simultaneously and find satisfaction in both? All the Biblical festivals offer us a range of names, ideas, and customs that illustrate this conundrum.

The festival of Sukot has three elements to it. There is the booth, the Sukah itself, the Arba’ah Minim, the Four Plants, Geshem, the prayers for rain, and Simchah, the command to celebrate and be happy. Post biblically Simchat Torah was the rejoicing over the Torah and the start of the new cycle of weekly readings.

We are commanded to eat, sleep, and live for a week in the temporary Sukah just as the weather in the Northern Hemisphere begins to turn cold and wet. All because some three and a half thousand years ago, our forefathers lived in the Sinai Desert, and used temporary huts for shade. In another version, it symbolizes the protection God extended over us then and continues to do so now. It is an example of the dichotomy between religion as a functional system as well as a spiritual one. This is also an example of a religious obligation that emphasizes the home and family as much as the sanctuary. But it is particular to the experience of a specific nation.

Then the Torah also specifies the four plants to be “taken’” although it does not specify exactly where to of two of the four plants. They are the fruit of a noble tree which tradition defines as an Etrog, palm branches, willows of the river, and the branches of a thick tree, that tradition defines as the sweet-smelling myrtle. Are they and the Sukah connected or independent?

Ever since the Babylonian Exile, there was a split between Jews who refused to interpret and modify Torah law to suit different circumstances and those who stuck relentlessly to the literality of the text. First the Samaritans, then the Sadducees, and after them the Karaites. The literalists agreed to build huts for the festival. But they understood the text of the Torah about the Four Plants, to mean that they were supposed to make up the roof, the Schach of the Sukah, not to be taken separately to be shaken in the Temple or Synagogue. And to this day that is what they do.

There are many explanations as to what the significance of the plants is. But the most logical seems to me to be the connection with water and hence rain as the season in the Northern Hemisphere turns from summer into autumn. All of the plants are particularly related to water. The Willow as its name suggests, the palms that grow by an oasis, the citrus that requires irrigation, and the myrtle whose roots reach down to subterranean aquifers. And the additional customs relating to rain reinforce this message.

Simchat Beit HaShoeva, the Rejoicing of the Well House, started as a procession around the Well House in the Temple as part of the ceremonies for rain. They expanded into nightly celebrations in Jerusalem which continue to this day with lively dancing and singing each night in orthodox enclaves during the intermediary days of Sukot.  The sixth-day Hoshana Rabba also focuses on rain in the liturgy. We beat willow branches as if to squeeze out the last drop of precious liquid from them. What once seemed unimportant has taken on much more significance as the world at large is so preoccupied with rain, nature, and climate. Yet this has been part of Judaism for eons.

Rain and the need for water are of course universal. The prayers for rain, therefore, underline the universality of humanity and the fact that for all our specific and national concerns, we still need to feel part of the world in general and to contribute to its welfare.

On the last day, there is a separate festival to round it all off. Shmini Atzeret The gathering of the Eighth Day, which in Israel combines with Simchat Torah to celebrate the completion of the annual cycle of reading the Torah. In the Diaspora is the following day. We sing, we dance, and make merry over our holy text. What a world away from going out to a club or a concert.

Jerusalem, during the Second Temple era, was packed, more than at any time with pilgrims from all over the Jewish diaspora celebrating together for eight days before having to trek back to Afghanistan in the east or Spain in the west. We have always been moving, we Jews. Yet Jerusalem has always remained our focal point even when it was destroyed.

Over the years the festival has gathered new facets, new customs, and significances. Little stays still in Judaism, though many people seem to think otherwise. It is just that change develops in a slow, conservative process of consensus as well as local custom. Change must find its sources within the broad framework of the constitution of Judaism, the Torah in its written and oral forms.

But there is one important feature that is often overlooked, namely the specific role of the sacrificial system. Over and above the fixed community sacrifices, there were the individual voluntary offerings as well as atonements. And these were always accessible to non -Jews. One thinks of the famous narrative in ( TB Gittin 56a ) where it describes how the Romans even when besieging the Temple still sent up sacrifices regularly.

Our rituals remind us of the changing seasons and times and bring us into contact with touches, smells, and experiences that we normally take for granted.

According to the Torah ( Numbers 29:12-36) on this specific festival thirteen bulls were sacrificed on the first day, twelve on the second and eleven on the third, and so on throughout the eight days, amounting to seventy bulls in all. The rabbis of the Talmud said that there are seventy nations a figure representing humanity ( TB Suka 55b ). So that we see the strength of the world view within Judaism that wants to be inclusive and see oneself as not just one nation but also as part of the wider world. This is reiterated in the liturgy of the High Holy Days which talks about all human beings passing before God and being judged.

Interestingly, within the Sephardi traditions, Psalm 122 is read daily on the festival.  Its theme is not just that Jerusalem is the center for the twelve tribes, but the world and that praying for Jerusalem is a prayer for peace. So that at although the tradition focuses specifically on the Jewish people the rabbis have always emphasized the universal. And if we are living in an era of inward-looking, self-preoccupation, and religious rigidity, it is the result of external circumstances rather than inherent in our tradition.

The final feature of Sukot is that of Simcha, Joy.  Although the term applies to all festivals, it is repeated in connection with Sukot more than any other occasion. This is usually understood to indicate that a festival in which we all come together and rejoice as a community is especially joyful. How much more so if we can add the joy of universal friendship and concern.

Our rituals remind us of the changing seasons and times and bring us into contact with touches, smells, and experiences that we normally take for granted. They emphasize the natural world (and our obligations to be caring custodians) as well as the spiritual. They meet our need to put ourselves in situations where we might sense things of a more ethereal nature. Above all, they interlink social morality and responsibility with daily rituals, so that we are constantly reminded of our values and goals.

Although this was written as a sermon, I felt it to be an appropriate tribute to the memory of  Louis Jacobs ז״ל because all these themes are to be found in the writings of our master.  His universalism and his passion for Judaism. May his memory be a blessing and may this site succeed in disseminating his ideas and ideals.

Rabbi Jeremy Rosen is an Independent Orthodox rabbi, author, and lecturer. He is best known for advocating an approach to Jewish life that is open to the benefits of modernity and tolerant of individual variations while remaining committed to Halacha. His articles and weekly blogs appear in publications in several countries.  In 2007, he retired to New York City and accepted the position of Rabbi to the Persian Jewish Center of Manhattan.