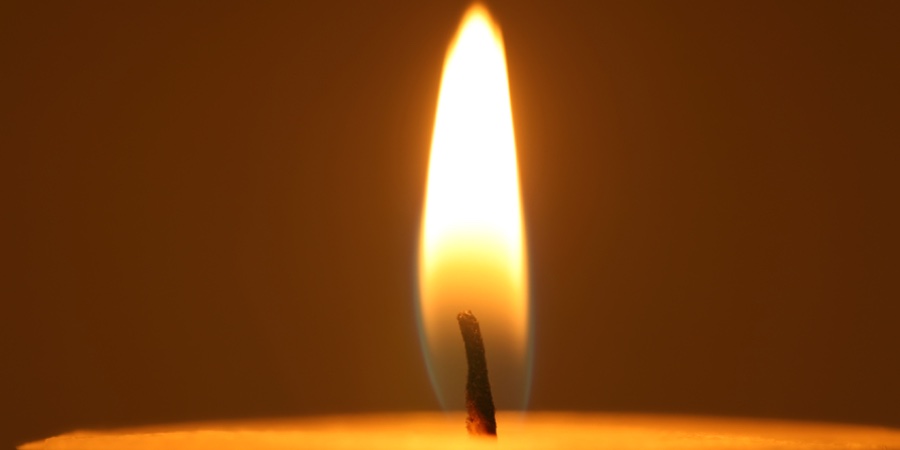 I was always slightly ambivalent about an International Holocaust Memorial Day when it was first established in 2006. As Jews we have Yom HaShoah designated for the day to commemorate the murder of six million of our people during the war. I was concerned that it might in some way be used by governments and a whole host of institutions as the opportunity to absolve themselves of past wrongs with their focus on this day in the present or worse still, for it to be used by them as an excuse to ignore present atrocities.

Since then, with fewer and fewer survivors able to share their stories directly each year, I have of course come to recognise its importance ever more deeply. Indeed, it is not only the stories of survivors that we must tell, but all who were impacted by events during those years and the stories of their children too. We all live in the shadow of the Holocaust and to protect our freedom, memory is the most important recourse that we can possibly have. It has never failed to amaze me that for all the millions of pages that compromise Holocaust literature, the outpourings of further important writing on the subject do not abate. As our own children reach the age to explore this horrific scar on humankind’s past and begin to ask their own searching questions, somehow the imperative to learn, share and discuss new stories becomes all the more urgent.

We all live in the shadow of the Holocaust and to protect our freedom, memory is the most important recourse that we can possibly have.

I learnt of two such stories this week when attending the moving Holocaust Memorial Day commemoration in our borough of Barnet at Middlesex University, with our eldest daughter. The first was told by Kurt Marx. Born in 1925 in Cologne, an only child, shortly after his Bar Mitzvah and following Kristallnacht in November 1938, he managed to leave on a Kindertransport for London. His parents, like so many, were unable to save themselves. Through the British Red Cross, he was able to correspond with his parents through 25-word letters. The last letter that he received from them detailed their movements to the east, where they had hoped to work. It implored him not to forget them and wished him a happy birthday. Tragically the very next day they were to be taken to Maly Trostinets extermination camp where they were murdered, information that took over 50 years for Kurt to finally uncover. He has since attended an inauguration and international gathering there, where he also recited Kaddish for his parents.

The second, draws from the book, The Fiddle, in which Natalie Cumming shares her family’s extraordinary story through the tracing of a precious violin across landscapes devastated by war and terror. Abraham and his immediate family flee the Bolsheviks from St. Petersburg to Odessa and on to safety in the UK. His skill on the instrument earns them food and shelter as they struggle to survive the virulent Russian winter. The violin is handed down to Rosa, who becomes violinist for the famous Berlin Philharmonic Orchestra. She is arrested by the Nazis at the end of 1938 and sent to Mauthausen Concentration Camp and later on to Auschwitz where she is saved by her musicial talents and joins the Women’s Orchestra. After the war in Israel, Rosa’s brother inherits the violin, a celebrated musician, he joins the ENSA during the war, entertaining the troops. He formed several popular bands, well known in the 60s and 70s and finally the violin came to the hands of his daughter, Natalie.

As people in continual search for meaning, it is not only the stories we must retell but the questions that we should ask of ourselves, of each other and indeed of God which are important too. How should we live? How can we ensure that we are not by-standers today? How can we make sure that ‘never again’ means just that?

In her book, The Choice, Edith Eger recounts her escape from the clutches of death in Auschwitz. She was eventually lifted from a heap of bodies with typhoid fever, pneumonia and a broken back by American soldiers. After her recovery in America, she married, became a mother and eventually a psychotherapist – using her own experiences of survival to help others survive the calamities of life. It was her mother’s words to her on their way to Auschwitz that have been her survival mechanism ever since and indeed may be read as an important mantra for life itself: ‘’We don’t know where we are going, we don’t know what is going to happen, but nobody can take away from you what you put in your own mind.’’(1) Along with Victor Frankl, her message ushering forth from the ravages of evil is to resist victimhood. As she powerfully says: ‘’We become victims not because of what happens to us but when we choose to hold on to our victimisation.’’(2)

Echoing this sentiment, albeit in a theological refrain is Emil Fackenheim’s plea for a reaffirmation of belief and that the Holocaust reveals to us a new commandment  – we are forbidden to hand Hitler a posthumus victory. Other theological approaches have appropriated a variety of biblical paradigms. The Nobel Prize winning author, Ellie Wiesel for example opts for a theology of existentialist protest, which neither denies God, nor accepts theodicies and is reminiscent of the biblical Job.(3)

How can we ensure that we are not by-standers today? How can we make sure that ‘never again’ means just that?

Professor Richard Rubenstein in his After Auschwitz held that the intellectually honest response to the Holocaust is to reject God and recognise all existence as ultimately meaningless. His later works however affirm a form of deism and borrow from Kabbalistic notion of the nature of God. Some scholars including Milton Steinberg, William Kaufman and Harold Kushner, arguing for antecedents in classical authorities such as Ibn Ezra and Gersonides hold to the view that God is not omnipotent and therefore can’t be to blame for humankind’s abuse of free will.

Many theologians have of course reframed the question as to where God was during the Holocaust, powerfully asking instead – ‘’Where was man?’’ In many ways this echoes God’s own question that He asks of Cain following the first recorded murder in the Bible – ‘’Where is your brother Abel?’’(4) Today it is this question that still rings out!.

Perhaps the most challenging and pertinent of perspectives on the Holocaust is that taken by the late Ignaz Maybaum. Maybaum was born in Vienna in 1897 and later studied in Berlin at the Hochschule fur die Wissenschaft des Judentums, where he was ordained as a rabbi in 1926 under the tutelage of Franz Rosenzweig. He left Germany in 1938 and was given work in the United Synagogue under Britain’s Chief Rabbi Joseph Hertz. He later became rabbi of Edgware and District Reform Synagogue and also lectured at Leo Baeck College. For Maybaum, connecting the Jewish people to the figure of Isaiah’s ‘suffering servant’ in chapters 52 and 53, he saw Jewish suffering in the Holocaust as vicarious atonement for the sins of humanity. Designating the years of 1933-1945 as the third churban, it represents for him the opportunity to wipe away the vestiges of the Middle Ages and truly embrace the march of progress.(5) It also fashions for him the Jewish people’s ‘’exodus from the Middle Ages and its chance to re-enter history in the joy of still having the privilege of serving the old mission, in the joyful knowledge that the unchanging and unending kindness of God accompanies us’’(6)

As we mark Holocaust Memorial Day this year let us tell and retell again our stories, learn new stories too and pass these on to our children and grandchildren. Let this be an opportunity for, in the words of Edith Eger –  ‘embracing the sacred present’.(7) In our never ending quest for meaning, let us also draw comfort in our ability to ask questions here on earth, rather than having all the answers, which is surely the preserve of heaven!