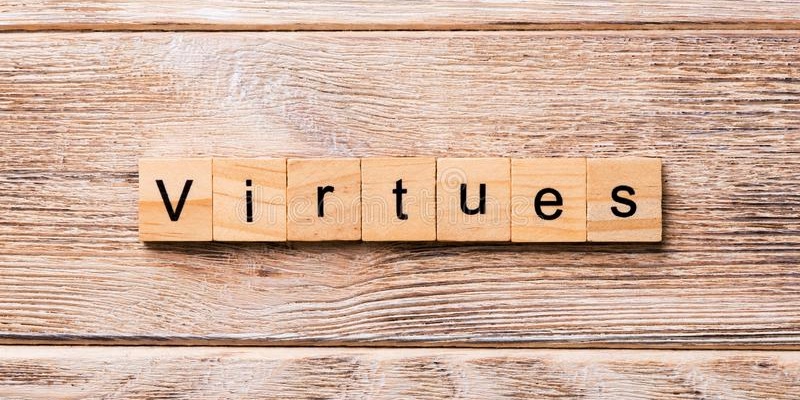 The UK, as the world will now know, has been rocked by a number of scandals of late that have called a number of authorities and their moral responsibility into question. Partygate has shown that senior officials in Downing Street, indeed those in charge of making the rules, have simply not followed them. A recent report about the Metropolitan Police has found the force is plagued by a culture of misogyny, with shocking details revealing officers sharing messages about hitting and raping women, the deaths of black babies and the Holocaust.

The UK’s Royal Family has of course been tainted by the horrific accusations against Prince Andrew who now faces the prospect of a trial in New York. The past week has also seen the arrest of Manchester United football player, Mason Greenwood, on suspicion of sexual assault and making threats to kill. If true, these issues point to a cultural sickness that some of our most important institutions and role models have lost their sense of virtue.

If human life has no ultimate meaning, it is then nigh impossible to discern what ‘virtue’ means.

In his important work, After Virtue, now forty years since its first publication, philosopher Alasdair Macintyre argues that the very notion of virtue itself becomes inconceivable once the source from which it has sprung is removed. If human life has no ultimate meaning, it is then nigh impossible to discern what ‘virtue’ means. His critique in the book of the Enlightenment project with its partial, empty and over-rational humanism and the prediction of its failure is all too prescient today.

The only reason why at the time he believed that its failure was not clearly evident enough was because monuments of the old sacred order were still standing. He illustrates his point using the example of the taboo, a word that was first recorded by Europeans in the journals of Captain Cook on his visits to Polynesia. He noted that they had been astonished by the lax sexual habits of the Polynesians which were in sharp contrast to the rigorous prohibition placed on men and women eating together. Asked as to why this was so they were told that this was taboo, with little further information as to what this meant.

In Macintyre’s analysis first taboos are embedded in a context which confers intelligibility. If deprived of that they begin to appear as a set of arbitrary prohibitions, especially ‘’when those background beliefs in the light of which the taboo rules had originally been understood have not only been abandoned but forgotten.’’(1) When a society reaches the stage where the reason for its taboos has been forgotten, it does not take much for them all to come tumbling down. When taboos no longer held sway in Polynesia it was the Protestant missionaries who filled the moral vacuum left by the dismantling of their previous sacred story.

What Macintyre argues is that the enlightenment project, which had arrived to fill the breach of our crumbling Judeo-Christian narrative in the West has itself failed. Simply put, the construct of a wholly new human being After God and an appeal to morality devoid of a higher purpose or meta-human sense of meaning has failed. With nothing more to determine an individual’s correct path other than their own personal judgement, with no call to a higher purpose to bind society we have been lost to the toxic mix of relativism and emotivism. As a result disintegration has ensued. Indeed it is this complete breakdown that we have seen of late with the lassitude at the very heart of government and some of our most important institutions.

Left scrambling around to find a new narrative and desperately trying to correct the balance of rampant self-interest, we would do well to turn to the concept of the Seven Noahide Laws as an important foundation stone for the establishment of a righteous society. Exegetically extrapolated from the Book of Genesis by 2nd-century rabbis, who codified them in the Tosefta and also traditionally attributed to the time of the giving of the Law at Sinai too(2) these laws, when applied, protect society from both despotism on the one hand and anarchy on the other.

With respect for life and the dignity of the individual at their core they include: not to commit murder, the upholding of sexual morality and not to commit adultery, not to steal, not to eat flesh from a living animal and the establishment of courts. They start with an appeal against idolatry and to respect and praise God, which of course to moderns may seem jarring. Of course basing a moral system with the Divine as the ultimate authority is controversial today and we should certainly not jettison the important checks and correctives that the enlightenment has had on traditional religion. The modern experiment however of dethroning the divine has left us in the post-modern present with no centre, no truth and no direction and what is needed as never before is for a return of our sense of the sacred!

There is a profound idea from the midrash that no matter how challenging the obstacles that we face, they would not have been placed in our way had we not also been provided with the possibility of overcoming them.

There is also an urgent need to address our current malaise through the rehabilitation of our sense of responsibility. The wonderful line from the Ethics of the Fathers: ‘’If I am not for myself, who is for me? And if I am only for myself, What am I? And if not now when?’’(3) recognises that the individual and the community are not mutually exclusive but partners, both crucial to work together in harmony in the pursuit of perfecting an imperfect world. The midrash likens the human body to ‘’a world in miniature’’(4). Just as every organ participates in any number of shared activities, it of course also has its own individual specific function and so too for an individual within a society or indeed a minority group within a nation or a nation within the community of nations.

The line from the mishnah above also indicates that responsibility is something of a basic human need. We have, each of us, it suggests, been created to reach out beyond ourselves and yet, as we have become ever more enslaved to unbridled self-interest, we are taken further away from our true calling. There is a profound idea from the midrash that no matter how challenging the obstacles that we face, they would not have been placed in our way had we not also been provided with the possibility of overcoming them.(5) It is through partnership and cooperation, extending the hand of friendship and exercising the existential human need of responsibility that this can be realised. What the midrash expresses theologically John Donne conveys poetically: ‘’No man is an island entire of itself; every man is a piece of the continent, a part of the main’’.(6)

The end of After Virtue laments that we are waiting for ‘’a new — and doubtless very different — St Benedict.” That wait of course continues and goodness knows how in need we are of inspirational leaders who speak with a prophetic voice and act with dignity. Perhaps in the meantime, we might plead for a narrative that fills the current moral vacuum, the template for which the Noahide laws are certainly a fruitful starting point. Our leaders might also do well to listen to the prophetic call that echoes throughout the bible and is exemplified by those words of Micah when expounding upon what it entails to lead a virtuous life: ‘’Only to do justice and to love goodness. And to walk modestly with your God.’’(7)