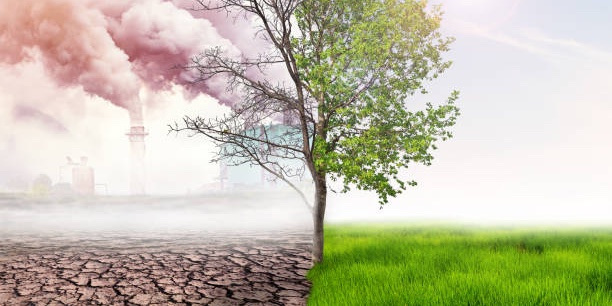 COP26 over the next few weeks brings together global leaders to inspire climate action. There are perhaps few more pressing issues in the world today. We live in an age when biodiversity is declining as never before, the degradation of nature over the past few decades has taken place at an unprecedented level. Robert Macfarlane writing in the New Scientist a few years ago records the need for a Desecration Phrasebook in which to gather terms that describe a heavily harnessed or drastically deranged nature. Such a glossary as he contends “would need to record details of the topographies of toxicity and dereliction that we have made, the phenomena of pollution, corruption and extinction we have caused.”(1) Our world is in flames!

Faith groups have played a key role in highlighting the calls for ambitious action on climate change. They have raised the importance of moral and ethical dimensions including accountability and equity that serve as important rallying cries alongside the technical dimensions of negotiations. A recent fascinating study in the Journal of Religion and Demography found that nations whose inhabitants are less religious tend to use more resources and produce more emissions; yet, they are also better prepared to deal with resulting environmental challenges, because they are wealthier. On the other hand, nations whose populations are more religious tend to use fewer resources; yet at the same time, they have less capacity to meet environmental challenges, and are subject to more adverse outcomes.(2) The findings are surely an urgent imperative to ensure ever better international dialogue and a unified approach to action.

We are here for but a brief moment to enjoy and benefit from the fruits of the earth as both apart from and a part of nature.

What is Judaism’s approach?

Some have found in the double injunction we read in the opening chapter of Genesis to “Be fertile and increase, fill the earth and master it; and rule the fish of the sea, the birds of the sky, and all the living things that creep on earth”(3) to be a deep rooted source of the problem. It is our intervention in natural processes that makes us human for sure; we are now discovering that excessive intervention is proving potentially devastating. And yet this line must indeed be read with the counterbalancing verse in chapter two which has the very first act that God performs following human creation as placing man ‘’in the garden of Eden, to till it and tend it.’’ Together these verses and their suggested combination of both mastery and guardianship indicates the importance of sustainability. We are here for but a brief moment to enjoy and benefit from the fruits of the earth as both apart from and a part of nature. It is this central message which then chimes well with the current importance and urgent need placed on regeneration initiatives from agriculture to reforestation.

Judaism also places supreme value on the centrality of Divine ownership. First Fruits were given to the Temple in gratitude for bountiful produce. The land is in the hands of the Divine and must rest every seven years and lie fallow. Indeed the very notion of Shmitta which we read about in Leviticus 25:23 ‘’The land must not be sold beyond reclaim, for the earth is Mine; you are but strangers resident with Me’’ echoes the giving of Torah in Exodus 19:5 which uses the very same phrase ‘’the whole earth is Mine.’’ The prerequisite then for the receiving of the Torah, as Natan Margalit so beautifully expresses, is an acknowledgement that we are here as custodians of a ‘’sacred gift from The Source of Life.’’(4)

I found a fruitful world because others had planted it. Just as my ancestors planted for me, I, too, am planting for my descendants.

Almost all modern societies are based on variations of the ‘’Social Contract’’.  Rousseau’s Social Contract transformed the individual into a “sujet de droit”; a “subject of civil rights”, rather than a subject of the king. The importance of this conceptual development  cannot be underestimated. Without it liberal democracy and representative government would not have followed. For all its benefits, however, the Social Contract envisioned always focused on the present and those living today. There is no valid moral claim on those living in other times under its provisions. Now three hundred years on we can see the limitations of the model. Judaism’s equivalent is not a contract between individuals and government but a notion of covenant not only with the living. In fact the very idea of the covenant extends responsibility to those from past generations and also a duty for those not yet born. As we read in Deuteronomy ‘’“I am making this covenant… not with you alone, but both with those who are standing here with us this day before the Lord our God and with those who are not with us here this day,”(5) All this is central to discussions on climate because of Judaism’s striking emphasis on the importance of intergenerational justice. Nowhere is this expressed more powerfully than in the following wonderful Talmudic story:

One day, Honi Hame’agel was walking along the road when he saw an old man planting a carob tree. Honi said to him: This tree, after how many years will it bear fruit? The man said to him: It will not produce fruit until seventy years have passed. Honi said to him: Is it obvious to you that you will live seventy years?  So how do you expect to benefit from this tree? He said to him: I found a fruitful world because others had planted it. Just as my ancestors planted for me, I, too, am planting for my descendants.(6)

This important story demonstrates the need to give future generations a vote.

As world leaders then gather in Glasgow Judaism’s message of sustainability, of Divine ownership and intergenerational justice needs to echo around the planet as never before!