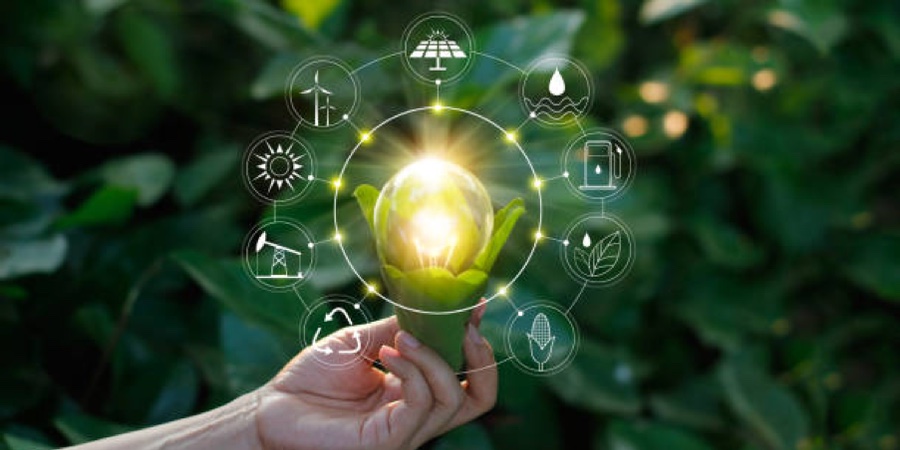 Sir David Attenborough’s magnificent speech at Cop26 in which he highlighted the immense danger of continuing to release carbon into the atmosphere at an unprecedented scale ended with a rallying cry to humanity. Poignantly he asked whether: ‘’this is really how our story is due to end? A tale of the smartest species doomed by that all too human characteristic of failing to see the bigger picture in pursuit of short term goals.’’ He then urged us to rewrite our story and turn the impending tragedy we face into a triumph. ‘’We are’’, as he said, ‘’the greatest problem solvers ever to have existed on earth’’, as he appealed for a new ‘’industrial revolution powered by millions of sustainable innovations’’ that involve employing nature as an ally.(1)

There is much that Judaism has to contribute to the conversation about our approach to innovation. The first crucial element is its understanding as to the value of an individual. It was Benjamin Franklin who once said: ‘’Who is wise? One who learns from everyone’’. Sixteen centuries earlier however it was Ben Zoma, a second century tanna, who asked the very same question and answered in a similar vein ‘’Who is wise? One who learns from every man. As it is written: “From all my teachers I have grown wise, for Your testimonials are my meditation.”(2) It is of course perhaps perplexing that even as one becomes wiser, we are urged by this aphorism to still seek wisdom from all and not just scholars, sages or experts.

A wise person may glean positive knowledge and instruction even from negative deeds and traits.

A possible answer to this challenge is one that exemplifies Chabad’s attitude of inclusivity. The following story demonstrates how a wise person may glean positive knowledge and instruction even from negative deeds and traits: ‘’Rabbi Zusya of Anipoli learned seven things from a thief: a) What he does, he keeps to himself. b) He is ready to take risks in order to achieve his goal. c) The smallest detail is of great importance to him. d) He invests great effort and toil in what he does. e) He is swift. f) He is confident and optimistic. g) If at first he fails, he is back time and again for another try.’’(3)

There is though a greater rationale for Ben Zoma’s insight through an understanding of our uniqueness according to the tradition. The Mishneh shares a wonderful allegory:  ‘’A human being mints many coins from the same mold but the Holy One, Blessed be G‑d, strikes us all from the mold of the first human yet each one of us is unique. Therefore, every single person is obligated to say, “The world was created for my sake.”(4) What this seems to be suggesting and what Ben Zoma and Franklin were able to understand was that we each ‘’express another of the infinite faces of the Creator. Every human serves as an unduplicated insight into the all-embracing, all-pervading source of all wisdom.’’(5) For us to rise to the challenge that Attenborough set at COP26, we must seek from each other the unique contribution that lies within us to address the most pressing issue that we face today.

The second area that Judaism has something important to add on the subject of innovation surrounds the value that it attaches to education. If we are going to solve our current crisis, it is education that must be at the very forefront. It is well documented that Gutenberg’s printing press led to the democratisation of knowledge. Judaism’s democratisation of knowledge took place somewhat earlier, principally with the words from Deuteronomy that play an important role in both the morning and evening service ‘’You shall teach these words to your children’’(6) This line from the Shema, places not only the centrality of education but also a dialogue between the generations at its heart. It is this essential tenet which must be nurtured if we are to confront the urgent challenge that lies ahead.

Judaism also has a part to play in calling out just what education is for.

Judaism also has a part to play in calling out just what education is for. As the late Sir Roger Scruton decried ‘’it is one of the most deeply rooted superstitions of our age that the purpose of education is to benefit those who receive it’’.(7) For Judaism and indeed for Scruton, knowledge and not the pupil should be seen as the supreme consideration. For too long we have been following a trajectory that sees education as no more than the opportunity to maximise economic potential. The Jewish perspective on education however, emphasises the moral over the material. It is time for Jews and indeed all those of faith to urge with renewed vigour that the world is a Divine creation and it is incumbent on us to save it. With this approach we may indeed reset the frame of reference and tether the value of education to something of ultimate meaning and purpose.

In addition to seeking wisdom from all and emphasising the centrality of education, Judaism also offers an approach to cultivating a spirit of innovation. The history of the West is deeply connected to the rebellion against religious authority which has yielded such incredible creativity. For Judaism with its in-built system of argument for the sake of heaven, innovation can happen within. There is much that the outlook of Judaism’s continual iterative conversation has to offer the world.

Perhaps instructive here is the innovative implications of a Hasidic text, the Sefat Emet, in his commentary on the blessing following the reading of the Torah which includes two key phrases: ‘’the Torah of Truth’’ and ‘’the eternal life implanted within us’’. The former he refers to as the Written Torah, given at Sinai and the latter as the Oral Torah with its power to constantly reinterpret the written text. It is when they are joined together that the once given Torah is received again.(8) In his own commentary on this excerpt Rabbi Arthur Green shares that ‘’Oral Torah is an ongoing, living process. In a certain sense we are the Orah Torah! It is the creativity and soulfulness of each individual, meeting with the wisdom of tradition that makes for a new moment of divine revelation.’’(9)

This radical religious insight can be translated and applied into more practical everyday terms in the following way: It is through our inventiveness and then engagement with the past that enables innovation and dynamism in the present. There are those who say that the task is too great. They are not wrong as to the daunting challenge lying in front of us but we may well recall the words of Rabbi Tarfon as a helpful rejoinder:

‘’The day is short, and the work is plentiful, and the laborers are indolent, and the reward is great, and the master of the house is insistent. It is not your duty to finish the work, but neither are you at liberty to neglect it.’’(10)

Judaism is a long plotted history of our people’s response to the Divine call. Today, as our world is on fire, that call, so eloquently put by Sir David Attenborough, is one we need to answer with all our collective creativity and imagination in order to extinguish those flames. Valuing the wisdom that we each have, focusing on the power of education to harness the depths of our moral consciousness and developing an ongoing iterative approach imbued with the essence of divinity that lies inside us are all important tools that we can solicit for the urgent work that lies ahead!