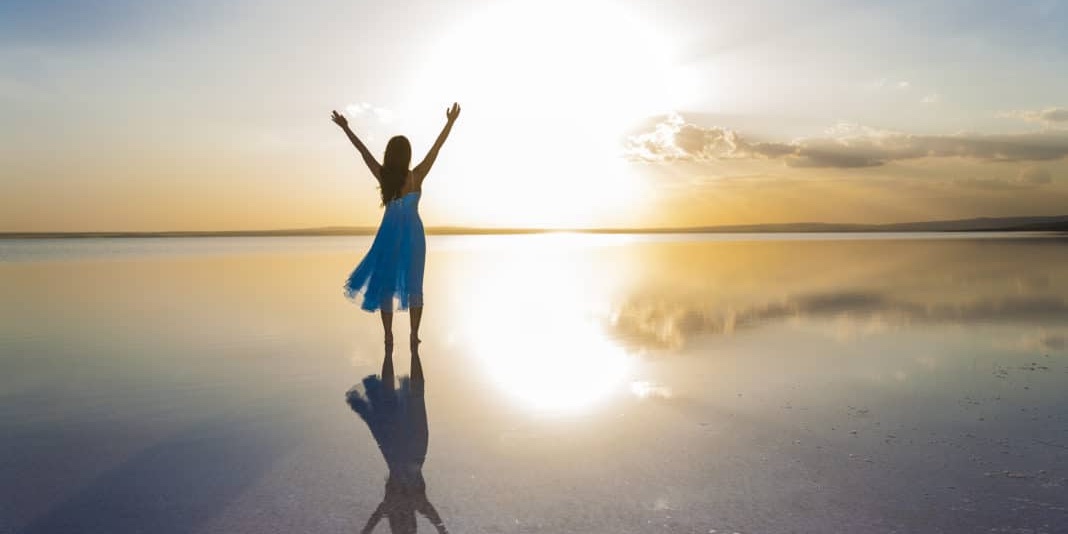 In a recent Ted Talk, psychologist Christina Costa highlights the brain benefits of an empowering alternative to fostering resilience in the face of unexpected challenges: gratitude.(1) One day after teaching she had a terrible migraine that left half her face feeling numb and blurred her vision. Followinan MRI scan, it was discovered that she had a large mass on the right hemisphere of her brain. For the first time in a number of years, with tears streaming down her face, she kissed her brain, a practice that she had previously carried out daily when teaching in high school. From then on this became her mantra and she would continue to kiss her brain everyday leading up to and after surgery.

Following the pathology  report and the confirmation that it was indeed a brain tumor, Christina resisted the ‘’fight’’ narrative in relation to her cancer. She hated the guided imagery training of chemo as an army coming to battle the cancer cells. She hated the suggestion of naming her tumor something awful, because it was going to be her neighbour after all. Some people she acknowledged could be empowered by a fight narrative but for her she knew that it could not work. Despite her doctors’ skepticism, as a neuroscientist herself, with a focus on resilience and well being she began to implement some gratitude practices. Rather than focus on what her body had done wrong she drew her attention to the gratitude that she had for her body instead. Gratitude became the tool through which she was able to restructure her vision of illness and disability.

Every time that she went for radiation, rather than see it as a war against a part of her body,  she would kiss her brain again and tell herself how the healthy cells would repair over time and the cancer cells could not. When the operative notes came back from her surgery she read them out loud, sobbing happy and grateful tears thinking about what her medical team had done and filled with a deep sense of gratitude. In practicing gratitude, it was this prevailing feeling that began to drown out the thoughts of doubt and despair and the more she practiced, the deeper peace she felt with her situation. At a neurological level she explored the science of gratitude which has a number of positive benefits such as increases in happiness and decreases in depression. fMRI studies show several parts of our brain and pathways are activated when we experience and express gratitude. One of them for example is the medial prefrontal cortex, an area associated with the management of negative emotions. Together these changes in neurotransmitters and hormones combined with activated neural pathways have shown to help us cognitively restructure potentially harmful thoughts to better manage our circumstances.

What science now knows, Judaism sensed long ago. This is because the value of gratitude forms the very DNA of Judaism itself. It is our sense of gratitude towards our Creator, for our world, for ourselves and each other that regulates our daily existence and our cycle of life.

It is telling that the very first words that we utter on awakening in the morning are the Modeh Ani as we thank the Almighty for restoring our soul each morning and thereby helping to set up an approach to the day which puts gratitude first. This is then reinforced with our morning prayers as we thank God for our various faculties before we turn to a series of psalms with thanksgiving and the expression of wonder at their very core.

According to Maimonides, blessings fall into three kinds:

Perhaps as moderns, we might find it hard to associate with always having the Creator front of mind but nonetheless with the continual reinforcement of gratitude punctuating so much of our daily lives and interactions, we can certainly appreciate its ability to unshackle us from toxic emotions. In a recent research study conducted with a group of 300 adults it was found that those who practice the art of gratitude letter writing produce better mental health. It was found that when ‘’you write about how grateful you are to others and how much other people have blessed your life, it becomes considerably harder for you to ruminate on your negative experiences’’(3). The same must surely be true in conducting a life with the opportunity to exhibit gratitude through prayer and praise, leaving less potential for our psyche to be flooded with thoughts of doubt and despair.

In a further passage Maimonides elaborates on those individuals who are required to offer thanksgiving: ‘’A person who had been sick and has recovered, a prisoner who has been released from prison, voyagers when they have landed and travelers in the desert when they reach settled territory.’’(4)

It seems that what these categories all have in common is a change of state – be that either an inner or outward change and it is for the arrival at a new destination that we are urged to express thanks. It is though not only for an altered state that we are encouraged to cultivate a sense of gratitude. The Mishneh in the Ethics of the Fathers asks: ‘’Who is rich? He who rejoices in his lot, as it is said: “You shall enjoy the fruit of your labors, you shall be happy and you shall prosper”. (Psalms 128:2) (5) It is a line which speaks to us strikingly today. Whilst so much of our daily preoccupations concern a striving for that which we don’t have yet, this important message provides a crucial counter-narrative as we are here urged to be grateful for what we do have.

More radical still, the tradition also insists that one is obligated to recite a blessing not only for the good but also for the bad that befalls us too.

Perhaps somewhat counter-intuitively too, in appreciating what we do have rather than simply pursuing that which is beyond reach, we can indeed find the inner resources to adjust our present circumstances and attain another level. This approach is illustrated in a wonderful story attributed to the great Hasidic master, Rabbi Levi Yitzhak of Berdichev who was once looking out of his window watching the cross of people rushing as they went about their business. He leaned out and asked one of them, ‘Why are you rushing?’ The man replied, ‘I’m running to work to make a living.’ ‘Are you so sure’, asked the rabbi, ‘that your livelihood is running away from you and you have to rush to catch it up. Perhaps it’s running toward you, and all you have to do is stand still and let it catch up with you.’(6) In stopping to appreciate what we have more often, maybe the pathway to an even greater future can be charted more clearly.

More radical still, the tradition also insists that one is obligated to recite a blessing not only for the good but also for the bad that befalls us too.(7) The first biblical example of expressing thanks for something seemingly bad comes in the Joseph story when he confronts his brothers: ‘’Do not be distressed and do not be angry with yourselves for selling me here, because it was to save lives that God sent me ahead of you’’.(8) Such an attitude suggests that Judaism’s approach is to always see the glass as half full, forcing no matter what, the opportunity to connect the dots and choose a path of positivity and gratitude. Echoing such sentiment Rabbi Akiva stated: ‘’One must always accustom oneself to say: Everything that God does, He does for the best.’’(9) What is perhaps the important point here is not whether God’s actions are indeed for the best but rather that we should at least think this to be so, which enables a profound sense of empowerment.

It is taught in a baraita that Rabbi Meir would say: A person is obligated to recite one hundred blessings every day, as it is stated in the verse: “And now, Israel, what [ma] does the Lord your God require of you” (Deuteronomy 10:12). Rabbi Meir interprets the verse as though it said one hundred [me’a], rather than ma.(10) This is of course a cute play on words. Its implication and the centrality that the tradition places on gratitude is groundbreaking. We live in troubled times and yet even in the midst of despair, encouraging gratitude in each waking moment is possibly the best medicine for leading a life filled with blessings.