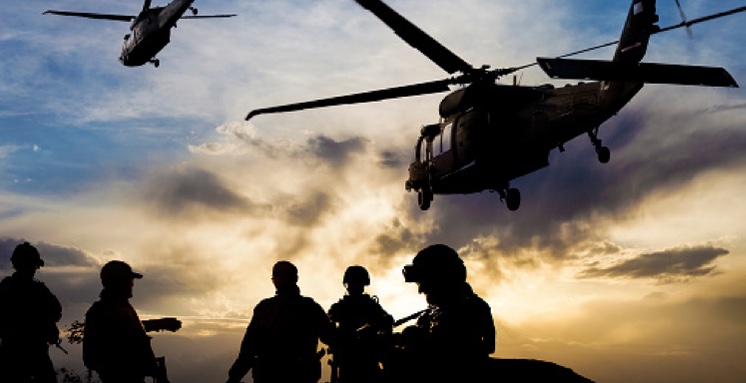 We have woken up this week to headlines that are more akin to those of another generation as we find ourselves witnessing a war in Europe and there are talks of a new iron curtain and cold war. Our world order is being pulled apart by this unprovoked all out Russian invasion of Ukraine and the ripple effects will impact us all for some time to come. Hannah Arendt once remarked that totalitarian regimes function by declaring imaginary laws of history and then acting to enforce them. It is exactly this that we have seen from President Putin, whose fanciful history lessons include the claim that Ukraine has no justifiable right to statehood, that the basis of which former Soviet republics won independence in 1991 were illegitimate and whose trumped-up pretext for entering his neighbouring country was its demilitarisation and de-Nazification.

Many view the Russian leader as something of a madman and regard the offensive as evidence of a despotic mindset. A recent article by the Priest and broadcaster, Giles Fraser makes the compelling case that there lies an overarching motivation for him which is the rebuilding of Christendom with Moscow at its heart. He is drawn, as Fraser argues, to the founding and iconic act of Russian Orthodox Christianity in which Putin’s namesake, Vladimir of Rus helps the Christian Emperor Basil II in putting down an uprising of treacherous generals and on converting to Christianity is given the hand of the emperor’s sister in marriage. On returning to Kyev in triumph, he proceeds to summon the city to the banks of the river Dnieper for a mass baptism. From here Russian Orthodox Christianity spreads throughout the land. It is this formative event in the Russian religious psyche that then perhaps provides a galvanising spiritual motivation for Putin. He has, as Fraser continues, often presented himself as the true defender of Christians, using faith to castigate the West for example or even his relentless bombing of ISIS which he cast as the defence of the historic homeland of Christianity. Whilst some see Putin as having lost touch with reality there may well be something to Fraser’s argument. Indeed, as Putin said this week: “Ukraine is an inalienable part of our own history, culture and spiritual space”.(1)

Hannah Arendt once remarked that totalitarian regimes function by declaring imaginary laws of history and then acting to enforce them.

In the face of aggression and this potent form of ‘spiritual nationalism’ Judaism offers a consistent message to stand up for the oppressed. Of course our own founding story begins with the protest against the tyranny of Pharaoh. It is this memory etched deeply into our collective subconscious that leads so naturally to the repeated injunction ‘’not to oppress your neighbour’’(2). Stretching back from the distant Biblical past to the Shoah only decades ago, our experience of survival is testament that ‘might is not right’. Let this trigger hope in these dark days to those now imperilled.

Throughout the Hebrew Bible we encounter the call to justice. Jeremiah for example reminds us:
“This is what the LORD says: ‘Do what is just and right. Rescue from the hand of the oppressor, the one who has been robbed. Do no wrong or violence to the foreigner, the fatherless or the widow, and do not shed innocent blood in this place.’’(3)

Taking up this theme, it is the second century sage, Rabban Shimon ben Gamaliel who used to say: ‘’on three things does the world stand: On justice, on truth and on peace, as it is said: “execute the judgement of truth and peace in your gates” (Zechariah 8:16) (4). It is a profound and simple insight from almost twenty centuries ago that our world has failed to grasp. These are certainly still important attributes to recall if we are to prevent political and societal structure from crumbling beneath our feet.

So we may well ask today as we look on at Ukraine’s children hiding in bunkers, does nothing change? Has humanity learnt anything from its sometimes horrific past ? Are we merely destined to repeat the mistakes of previous generations?

The Chinese Confucian philosopher, Mencius, felt that all human beings had the same potential to become good. To illustrate how he arrived at his conclusion he asked that we imagine for a moment that we are walking in a field where children are playing. Suddenly a shriek is heard. A boy has disappeared from sight, having slipped into an abandoned well. He is now hanging on the edge, trying desperately to keep from falling to the bottom. Without hesitation on hearing the child, you run in an instant to rescue the child. You reach in and heave him out to safety.

The rationale Mencius shares as to why our inclination is to do so and why, according to him there is no one in that situation who wouldn’t do the same is not for acclaim, not for consideration of potential reward or gratitude from the child’s parents but for the spontaneous reaction that any human being anywhere would have because it springs from the pure desire to simply save the child.(5)

This is certainly not a time to turn inward in fear.

It is hard for humanity to live up to its potential for good but for Mencius, if we could develop this supposed natural instinct for good we could know what to do in any situation. Perhaps his assumptions are too much of an optimistic understanding of human nature. What the parable he tells does signal though is the centrality of our common humanity which lies behind our many cloaks of identity. What he reminds us of, in a way, in our own Judeo-Christian tradition is that there, right at the very beginning of the Bible, the one thing against which God has decided to model His own image is that of the human individual. In the tumult of war, exacerbated in our own time with the technology of modern warfare, it is all too easy to forget that we have, each of us, been created in the image of God. Maybe then, as the pictures of war flash across our screens and the voice of condemnation grows louder with the influence, however remote, that we may all exert on Russian leadership, conceivably it will take stock and abort its hostile endeavours.

As we stand in solidarity with those in Ukraine and reach out through our prayers and support, through the pressure that we too can exercise on our own politicians to do more, appealing to the eternal God, as our ultimate source of consolation is pertinent. Indeed Deuteronomy recalls ‘’God (as our) refuge and underneath are the everlasting arms’’(6) The words of the psalmist too provides a source of comfort in the declaration that ‘’When the righteous cry for help, the Lord hears, and rescues them from their troubles.’’(7) We might also turn to those all powerful words of Psalm 23 which proclaims: ‘’Though I walk through a valley of deepest darkness,– I fear no harm, for You are with me’’(8) This is certainly not a time to turn inward in fear. As the late Abraham Joshua Heschel reminds us, ‘’prayer is meaningless unless it is subversive, unless it seeks to overthrow and to ruin the pyramids of callousness, hatred, (oppression) and falsehoods.’’ As we behold the tragic scenes of bloodshed, may our prayers be worthy of such attainment.

Putin this week effectively declared that the geopolitical architecture he is bent on achieving is one in which Ukraine cannot escape the clutches of Russian imperialism. For him that fascination and allure of Russian history, he thinks is his destiny. Our stand against oppression, focus on the common source from which we all herald and appeal to God as the ultimate consolation in these desperate times may yet reverse his expectations and the impending doom they entail.