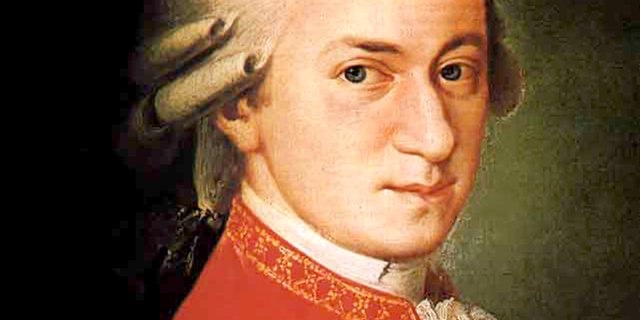 Faith can only be found in the light of one’s soul, never in dogma. Dogmas reach only the mind but not the human heart. Trying to translate faith into dogma is a misguided technical skill that leaves the human heart empty of that which is crucial to a religious experience. Faith is the art of living with a question and recognizing the spiritual power of the query, which only dies when it is answered. Faith is the refutation of an attempt to reconcile theological declarations; instead, it holds them, suspended, and through the tension between them it creates vitality.

Dogmas are essentially descriptive and normative. They can’t penetrate the mystery that hovers over all questions and answers. They are unable to formulate the relevance of that which surpasses final beliefs. Faith thrusts the religious man into a place of reality that the mind cannot grasp and words do not reach. It is a moment when all definitions come to an end and any attempt to come to conclusive principles can only yield trivialities that become suspended in the heart of the man of real faith.

Living by dogma is like demonstrating the beauty of classical music by showing somebody Mozart’s musical score and informing him that he no longer needs to hear the music.

Genuine Judaism can only be understood in its natural habitat of deep faith and piety in which the divine reaches all thoughts. In faith, a man must enter the world with all that he is and has. One does not sacrifice one’s life for dogma, only for deep religious faith.

The difference between dogma and faith is like the difference between a word spoken and a word set to music. Faith is the refutation of human finality. It transforms dogma into something untouchable and gives man entry into the imponderable. It is resurrecting old words and infusing them with eternity.

Since the secular world is often unable to experience inner silence and space, religious philosophers, out of mere spiritual poverty, invented dogma so as to respond to this emptiness by imitating the language of the peripheral to describe the ineffable. Dogma transforms religiosity into a showcase, and the result is indifference to the sacred. Dogma is a dead thought, while faith is a living experience. Dogma is an attempt to believe; faith is the will to wonder. Dogma is built from conventional notions and mental clichés. Faith is marveling at the incomprehensible and experiencing the world more as a question than an answer.

Living by dogma is like demonstrating the beauty of classical music by showing somebody Mozart’s musical score and informing him that he no longer needs to hear the music.

In one of Plato’s earliest dialogues, Charmides, the philosopher discusses the question: What is temperance? After offering several definitions, all of which prove inadequate, he has Socrates exclaim: “I have been utterly defeated, and have failed to discover what that is to which the imposer of names gave this name of temperance…. the impossibility of a man knowing in a sort of way that which he does not know at all” (2). Plato’s own words are: “It [philosophy] does not at all admit of verbal expression like other studies, but, as a result of continued application to the subject itself and communion therewith, it is brought to birth in the soul on a sudden, as light that is kindled by a leaping spark, and thereafter it nourishes itself” (3). Indeed, to define words such as “good,” “love” and “holy” is impossible. And so it is with religious beliefs. Any attempt to do so not only limits them but actually renders them meaningless, since their most essential component is removed. The best part of beauty is that which a picture cannot express.

As in other religions, teachers of Judaism have often attempted to raise its foundations to the level of clear utterances, dogmas and creeds. Yet, such endeavors cannot be more than indications, an attempt to convey what cannot be adequately expressed.

Judaism is in perpetual danger of prioritizing concepts and dogmas while forfeiting the primacy of the inexpressible dimensions of religious insights. Doctrines and creeds should never become screens; they can only function as windows into a world that is beyond definition. Dogma in the hands of man often turns into expressions of clerical authority, laying down a fixed set of principles without allowing an existential search for genuine faith.

Doctrines and creeds should never become screens; they can only function as windows into a world that is beyond definition.

Despite the fact that such an approach has been tried by some of the greatest Jewish thinkers, it has never succeeded, because Judaism is not the outcome of a doctrine but rather of concrete events, actions and insights of a people who experienced an encounter with God, which cannot be transmitted by absolute verbal expression.

Judaism refused to accept dogma as sacrosanct and did not allow such attempts to come between itself and the inexhaustibility of its teachings. One cursory glance into the Talmud proves this point beyond doubt. The flow of thoughts and opposing ideas, as well as the suggestion and rejection of opinions and insights are abundant. The interaction between legality, prose, narrative, illusion and stark reality is astonishing. It is what distinguishes Judaism as the richest of all teachings. Not even Greek philosophy was able to produce such a symphony of ideas in which the waves of human intellect and divinity roll forward and backward. There is an absolute lack of systematization, and it is clear that any such attempt was nipped in the bud. The most persistent intellectual energy and analytic efforts were devoted to the continual contrivance of beautiful and profound interpretation in order to discover and reveal the totality of life.

It is detrimental to Jewish tradition to transform words into fixed clusters of thought and to store up entire consistent theories. The idea is not to hoard masses of information, secure them in one’s memory and then carefully convert them into notes. Once that happens, one becomes scared and disturbed by new ideas, since the new puts into question the fixed sum of information that has been stored in one’s mind. Ideas that cannot easily be pinned down are frightening.

Instead of being passive receptacles of words and ideas, the ideal is to hear and, most important, to receive and respond in an active and productive way. Judaism needs to stimulate a thinking process, which ultimately leads to transformation. Not only should uniformity of opinion not be sought, but it is to be avoided. Diversity of opinion is essential to discovering truth, which is presented to us in many contrasting colors, and no force in the world can put a great thought to death.

Even if dogma has a purpose, it can never function as a substitute for faith, but only as a minor aspect of it, just as music is much more than what a musical note can ever convey.

Judaism offers something that Christianity does not: a religion without a Theology (4).

Rabbi Nathan Cardozo is the Founder and Dean of the David Cardozo Academy. A sought-after lecturer on the international stage for both Jewish and non-Jewish audiences, Rabbi Cardozo is known for his original and often controversial insights into Judaism. His ideas are widely debated on an international level on social media, blogs, books and other forums. Rabbi Cardozo is well known to JewishQuest as he has lectured to us and inspired us.