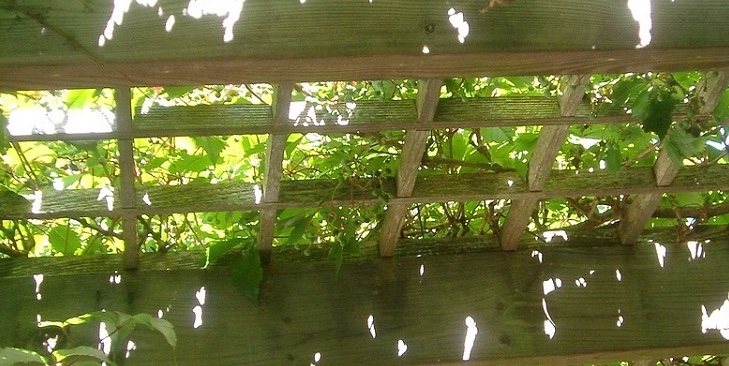 Biblical books lose relevance when we speak of them twee-ly and with great reverence.  If they cannot bother us, or if we just accept their arguments without thinking, then their dominion is that of the fundamentalist and the scoffing of the sceptic.  The genuine, modern religious thinker should have no response to such an irrelevant book and the secular majority in the West would have a valid argument for their hostility to the text or worse their apathy to it through not reading it.

Sometimes without realising, those very same modern sceptics are arguing exactly the same points which the ancients were making without considering or even knowing the Biblical text at all.  The book of Ecclesiastes (also known from the Hebrew title as ‘Kohelet’) is a book we should not revere – it is deeply relevant.  This article will attempt to explain why.

Sometimes without realising, those very same modern sceptics are arguing exactly the same points which the ancients were making without considering or even knowing the Biblical text at all.

L.P. Hartley opened his most famous novel ‘The Go-Between’ with the following sentence:-

‘The past is a foreign country: they do things differently there.’

The contemporary Canadian Psychologist and Neuroscientist Steven Pinker opens his recent book ‘The Better Angels of Our Nature’[1] with that sentence.

He then goes on to say:-

‘If the past is a foreign country, it is a shockingly violent one.  It is easy to forget how dangerous life used to be, how deeply brutality was once woven into the fabric of daily existence.  Cultural memory pacifies the past, leaving us with pale souvenirs whose bloody origins have been bleached away.  A woman donning a cross seldom reflects that this instrument of torture was a common punishment in the ancient world; nor does a person who speaks of a whipping boy ponder the old practice of flogging an innocent child in place of a misbehaving prince.  We are surrounded by signs of the depravity of our ancestors’ way of life, but are barely aware of them.  Just as travel broadens the mind, a literal minded tour of our cultural heritage can awaken us to how differently they did things in the past.’ [2]

Of course Pinker is aware that the reader will have cause to doubt this version of events by thinking of the horrors of Hitler, Stalin or Mao to say nothing of more contemporary outrages such as 9/11, Iraq or Darfur.  The book is 1,000 pages long and through the grinding, attritional use of data seeks to persuade the reader that her instinctive reaction that Pinker’s argument is specious is itself incorrect.  More people absolutely may have been killed in modern conflict but in relative terms it pales into insignificance to what happened in the past.

Pinker argues that we have created a less violent world than the one we inherited.  He is clear that there is nothing inevitable about this fact.  It is entirely contingent on progress.  In this, his argument begins to take on the familiar ring of enlightenment thought.

Progress in enlightenment thought takes many forms.  For Spinoza it involved cultivation of the mind to attain reason and thereby human freedom.[3]  For a nineteenth century sub branch of enlightenment thought called positivism, progress was determined by scientific advancement; only knowledge experienced via the senses was valid.  If it could be verified scientifically, then it could be called true knowledge.

Steven Pinker is heir to that positivist, philosophical tradition.  Progress, he says, is contingent on continuing scientific knowledge:-

‘Though we cannot logically prove anything about the physical world, we are entitled to have confidence in certain beliefs about it.  The application of reason and observation to discover tentative generalizations about the world is what we call science.  The progress of science, with its dazzling success at explaining and manipulating the world, shows that knowledge of the universe is possible, albeit always probabilistic and subject to revision.  Science is thus a paradigm for how we ought to gain knowledge – not the particular methods or institutions of science but its value system, namely to seek to explain the world, to evaluate candidate explanations objectively, and to be cognizant of the tentativeness and uncertainly of our understanding at any time.’ [4]

Pinker is clear that the basis for this ‘value system’ is the modern Enlightenment:-

‘If all this sounds banal and obvious, then you are a child of the Enlightenment, and have absorbed its humanist philosophy.  As a matter of historical fact, there is nothing banal or obvious about it.  Though not necessarily atheistic (it is compatible with a deism in which God is identified with the nature of the universe), Enlightenment humanism makes no use of scripture, Jesus, ritual, religious law, divine purpose, immortal souls, an afterlife, a messianic age, or a God who responds to individual people.  It sweeps aside many secular sources of value as well, if they cannot be shown to be necessary for the enhancement of human flourishing.  These include the prestige of the nation, race or class; fetishized virtues such as manliness, dignity, heroism, glory and honor; and other mystical forces, quests, destinies, dialectics, and struggles.’[5]

The faith in science is new but the value system of ‘tentativeness and uncertainty of our understanding’ and contingent progress is not.

The faith in science is new but the value system of ‘tentativeness and uncertainty of our understanding’ and contingent progress is not.  It appears in the Hebrew Bible.  It is surprising that it so often is not recognised for what it is because it is so prevalent.  The Bible’s story is one of contingent progress whether that be about entering the Promised Land (contingent on performing the commandments in the Torah) or producing a stable society (contingent on the qualities of the leader as seen in the books of Judges, Samuel and Kings) or a just society (contingent on moral uprightness as seen in the writings of the prophets).  One example will suffice.  The people need rain for their agricultural livelihoods.  That rain is contingent on observing the commandments.  Failure to do so means perishing from the land:-

The view of contingent progress expressed here in its different forms is so prevalent in most books in the Bible that I will term it the normative view.

Kohelet bucks the trend.  He has no time for simplistic ideas of progress, contingent or otherwise.  For him, the past is not a different country; it is a very similar one where they do things very similarly:-

The idea that ‘there is nothing new under the sun’ was expressed in 2015 by John Gray in his book ‘The Soul of the Marionette’.[6]  Gray has been a consistent critic of enlightenment thought and the notion that knowledge in itself can lead to a better society.  He compares this world view to the ancient belief in Gnosticism with which he believes it has similarities:-

‘Many people today hold to a Gnostic view of things without realizing the fact.  Believing that human beings can be fully understood in the terms of scientific materialism, they reject any idea of free will.  But they cannot give up hope of being masters of their destiny.  So they have come to believe that science will somehow enable the human mind to escape the limitations that shape its natural condition.  Throughout much of the world, and particularly in western countries, the Gnostic faith that knowledge can give humans a freedom no other creature can possess has become the predominant religion.’[7]

Gray ends his short work with a restatement of the power of the illusion of this all-consuming idea and a remedy for those caught up in it:-

‘From being seemingly annihilated by Christianity, Gnosticism has conquered the world. Belief in the liberating power of knowledge has become the ruling illusion of modern humankind.  Most want to believe that some kind of explanation or understanding will deliver them from their conflicts.  Yet being divided from yourself goes with being self-aware.  This is the truth in the Genesis myth; the Fall is not an event at the beginning of history but the intrinsic condition of self-conscious beings.

Only creatures that are as flawed and ignorant as humans can be free in the way humans are free.  We do not know how matter came to dream our world into being; we do not know what, if anything, comes when the dream ends for us and we die.  We yearn for a type of knowledge that would make us other than we are – though what we would like to be, we cannot say.  Why try to escape from yourself?  Accepting the fact of knowing makes possible an inner freedom very different from that pursued by Gnostics.  If you have this negative capability, you will not want a higher form of consciousness; your ordinary mind will give you all you need.  Rather than trying to impose sense on your life, you will be content to let meaning come and go……Not looking to ascend into the heavens, [you] can find freedom in falling to earth.’[8]

So Gray states that it is illusory to believe that greater knowledge is a panacea for all wrongs and the solution is to accept who you are and ‘your ordinary mind will give you all you need’.  Whether Gray realised it (and I very much doubt it), Kohelet expressed similar views over two millennia ago.

Logic is not everything.  Logic solves problems and makes us move on to the next problem.  Whether there really is nothing new under the sun requires other perspectives as well as pure logic.

John Gray and Steven Pinker have not just written books on the subject but confronted each other in print about violence and whether there are lessons to be drawn from it.[9]

Pinker, the enlightened humanist, ironically parallels the normative view in the Bible of contingent progress and Gray, the anti-Enlightenment thinker, parallels the scepticism of Kohelet.  It makes Kohelet’s argument deeply relevant and surprisingly contemporary.  Logically, he must be right.  The argument Kohelet had with the normative view in the Bible is being played out in our contemporary world by Steven Pinker and John Gray.  There is nothing new under the sun.

Logic is not everything.  Logic solves problems and makes us move on to the next problem.  Whether there really is nothing new under the sun requires other perspectives as well as pure logic.  Leah Goldberg, the mid twentieth century Israeli poet, challenges Kohelet on this very question:-

In your heart you say: look days are coming

And you see evenings and mornings knocking on your windows

And you say: there really is nothing new under the sun.

And now your days are coming on; when you are old and grey

And your days are numbered; their counting is seven-fold as precious as before

And you know: each day is the last under the sun

And you know: every day is new under the sun.

Kohelet was an iconoclast, challenging the deeply-held, normative notions in his Biblical society.  That does not mean he was right.  Leah Goldberg’s challenge to him is indeed a profound one.  But so is his thought and it goes to the very heart of contemporary discourse.

[6] John Gray: The Soul of the Marionette: A Short Enquiry into Human Freedom (‘Gray’)

[10] The translation is mine.  The Hebrew for epilogue סוף דבר is taken from Chapter 12 of Kohelet.  It appears nowhere else in the Bible.

Andrew Levy is the author of Love in the Time of Tyranny: A New Perspective on the Song of Songs.  He has contributed articles regularly for Jewish publications.  He is a founder member of Assif, an egalitarian minyan now based at New North London Synagogue.  Professionally he is a law lecturer.