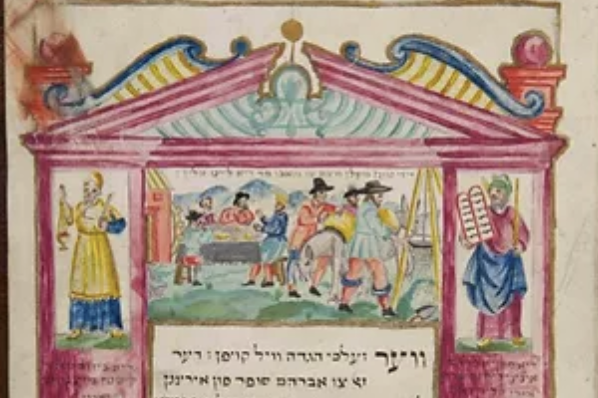 Rabbi Adam Zagoria-Moffat discusses how the Seder replicates the very paradigm of the Greek symposium and shares what makes it so relevant in every generation.

Adam Zagoria-Moffet is the rabbi of St. Albans Masorti Synagogue. He was ordained from the Jewish Theological Seminary in New York where he also received an MA in Jewish Thought, studying the political philosophy of Rabbi Yehudah Ashlag (Ba’al haSulam). He grew up in Phoenix, Arizona, and has lived in Minnesota, New York, and Israel before moving to the UK. He co-edited the first Hebrew/English egalitarian Sepharadi siddur and runs the independent publisher Izzun Books. He often teaches about Sepharadi halakhah and culture as well as mysticism, mythology and ethics.