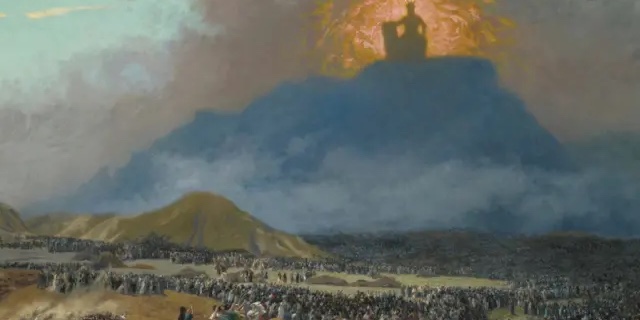 Professor Benjamin Sommer explores the ambiguities in the telling of the giving of the Ten Commandments, in Parashat Yitro. In conversation with Simon Eder.

Benjamin Sommer is a Professor of Bible at the Jewish Theological Seminary. He is also a Senior Fellow of the Kogod Research Center at the Shalom Hartman Institute of North America. Previously he taught at Northwestern University, where he was Director of the Crown Family Center for Jewish Studies. An overarching concern of Professor Sommer’s scholarship involves the close and manifold relationships between biblical thought and later Jewish theology.

His most recent book, Revelation and Authority: Sinai in Jewish Scripture and Tradition (Yale University Press, 2015), was awarded the Goldstein-Goren Prize in Jewish thought for 2014–2016 and was a finalist for a National Jewish Book Award and the Jordan Schnitzer Prize. Reviewing the book, the newspaper Ha’aretz described Professor Sommer as “a traditionalist and yet an iconoclast – he shatters idols and prejudices in order to nurture Jewish tradition and its applicability today”.