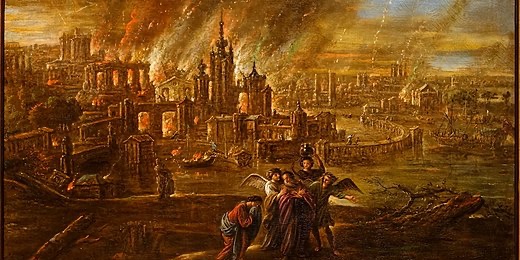 Rabbi Jeremy Gordon explores parashat Vayera, including negotiating with God at Sodom and Gomorrah, a unique critique of Abraham and a look at the role that angels play in the Torah. In conversation with Simon Eder.

Rabbi Jeremy Gordon is Rabbi of New London Synagogue. He has a first class honours degree in Law from Cambridge and, following five years working for the BBC and other television companies decided to train for the Rabbinate. He studied at the Conservative Yeshiva in Jerusalem and the Jewish Theological Seminary in New York, where he volunteered with the Red Cross at Ground Zero on ‘9/11.’ His latest book is An Angel Called Truth.